For the past several years one of my favorite places to track programming language trends has been the "State of the Computer Book Market" series on O'Reilly Radar.

O'Reilly's Mike Hendrickson dives deep again this year into the statistics and details of the computer book market in a 5-part series:

The most telling charts from the series: 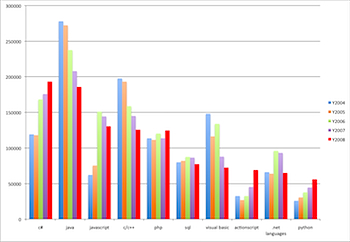 A Treemap view of the Programming Languages: 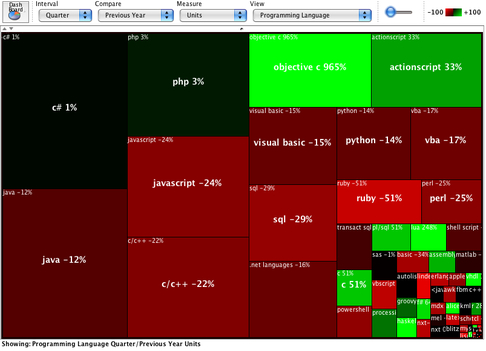 Percentage of 5 Year Sales Per Quarter by Media Type: 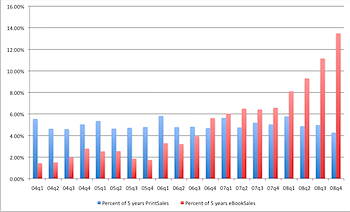 (Images copyright O'Reilly Media, and used without asking permission first -- will definitely take them down if necessary.)

Mike goes into far more detail on each topic over on Radar. Start reading the series here.